One of the first things I had already decided on for the car was the motor. A fairly popular option for the 510, the JDM only SR20DET was the easiest choice for me. With easy to acquire parts readily available in the states, the SR20DET is one of the most iconic motors to come out of Nissan. A turbo 2.0 liter in-line 4 cylinder with accompanying 5 speed transmission it has graced several various cars over its notable history. Of these are the famous and highly sought after Silvias. Starting with the S13 and moving through various iterations the SR20DET provides realiable power in a compact enough package to fit in the 510.

I specifically choose a S13 Blacktop SR20DET out of the 180sx/Silvia. Lots of available parts from both Nissan and aftermarket makes it easy to maintain and build upon. Mine came from Japan through Canada and included everything I needed for around $2600 shipped. After only 4 days in transit the motor arrived at RBMS in Hayward. I headed over there after work to inspect the shipment and begin tearing it down for removal from the pallet.

The motor was in such great shape, with the exception of two valves that needed to be replaced, that the motor could have been run as is without any updating. After going through everything I was very pleased with the purchase and relieved that I had received such a clean motor. Once everything was taken apart, the block and head were dropped off at Rob’s Auto Machine in Hayward for the machining and new parts. 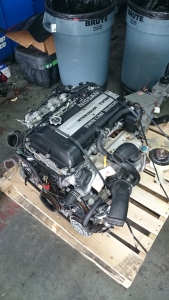 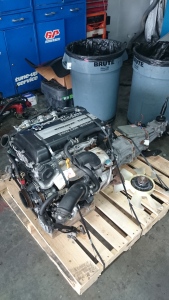 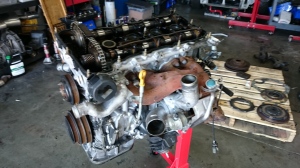 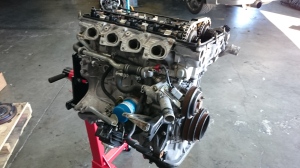 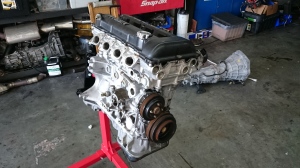